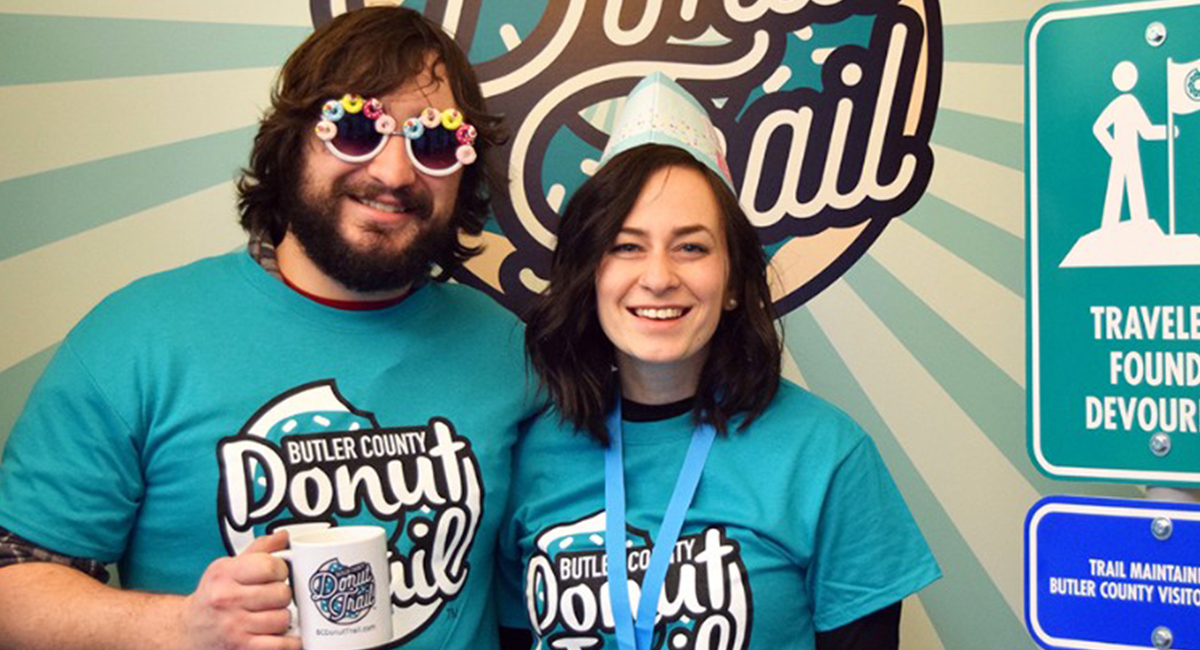 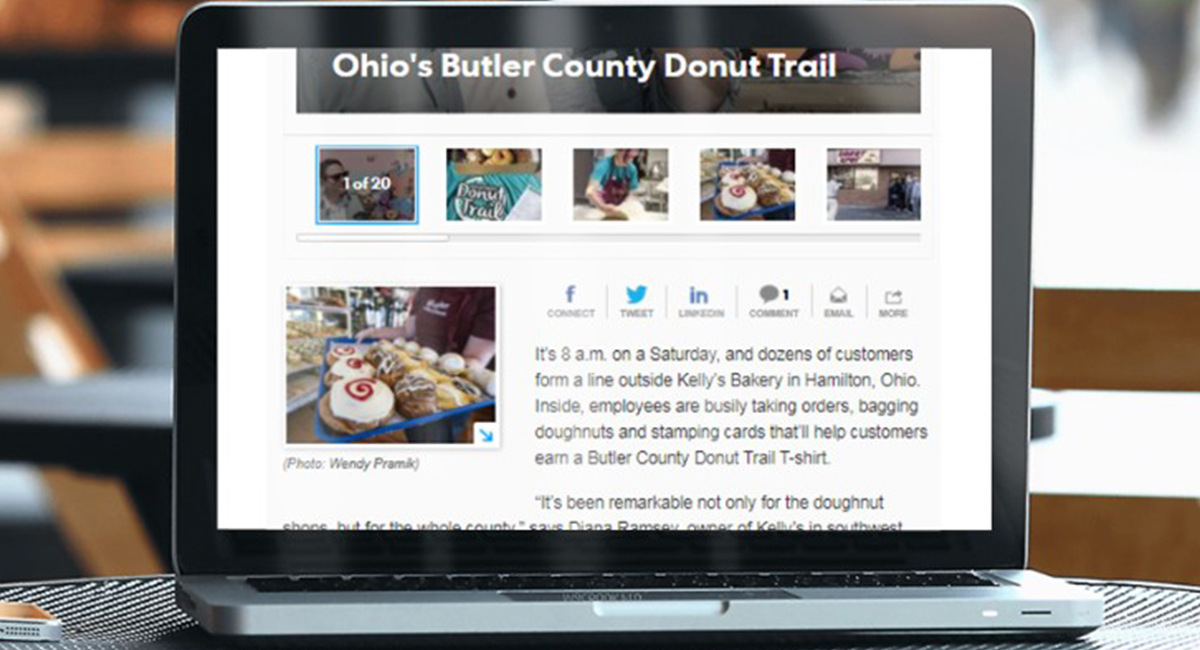 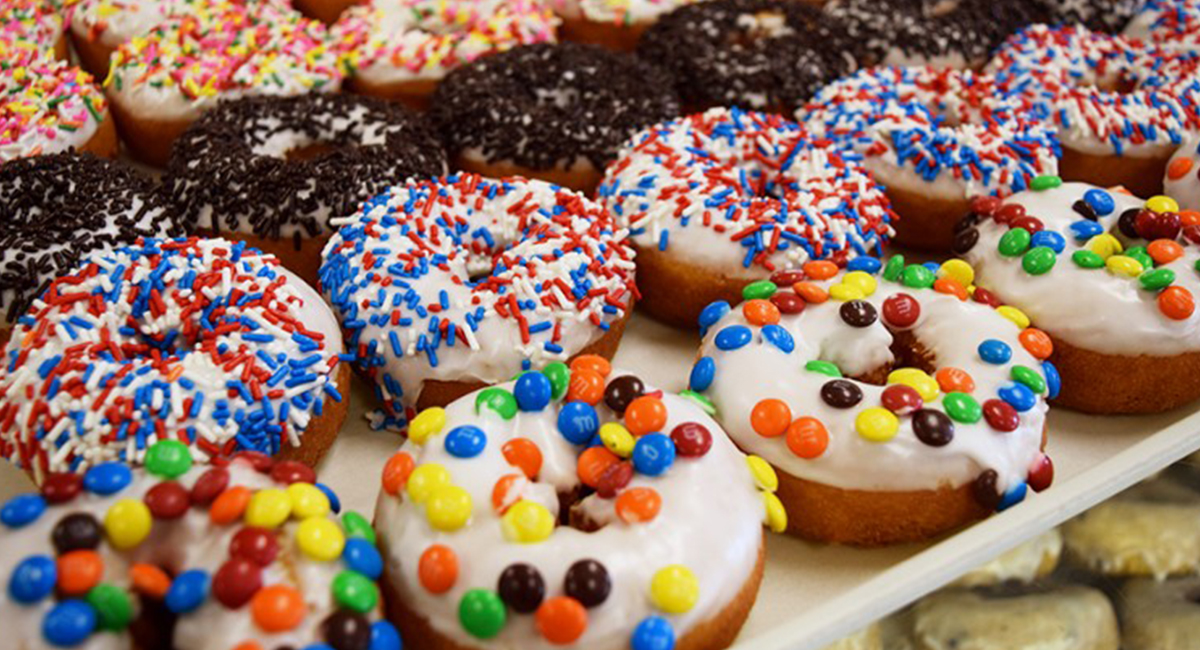 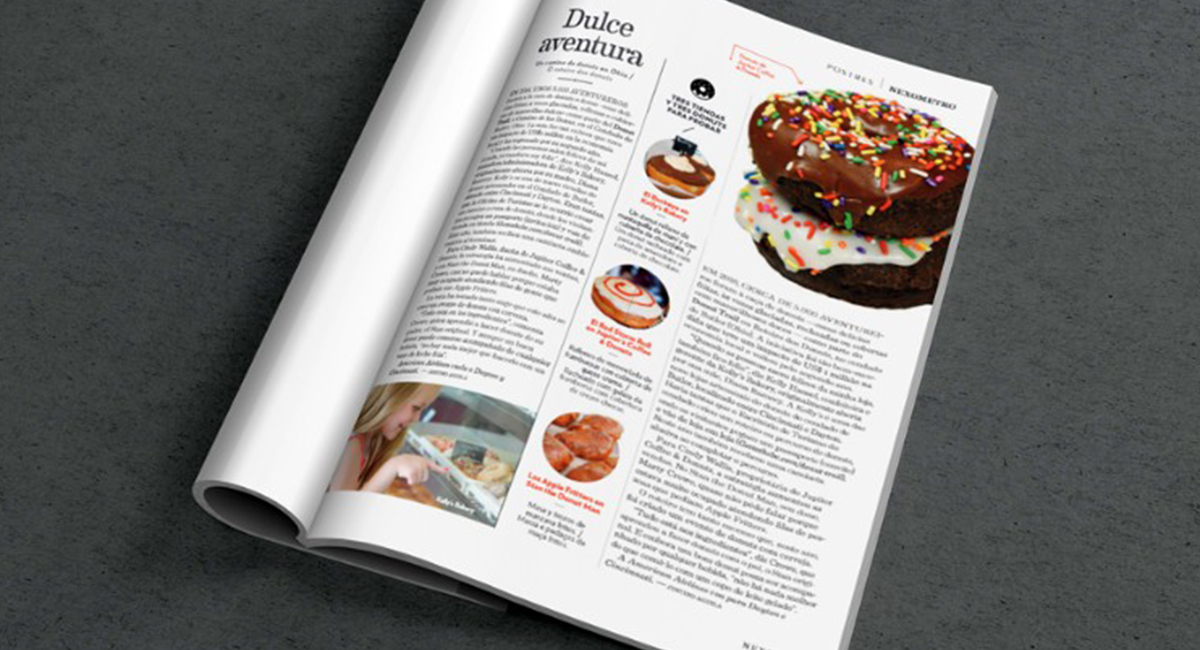 The Butler County Visitors Bureau (BCVB) promotes visitor and business travel in Butler County, Ohio. Home to a vibrant food and dining scene, one major attraction in the region is the Butler County Donut Trail. This 80-mile trail is made up of 12 mom and pop donut shops that span across the county.

Inspire implemented a comprehensive media relations campaign, which included identifying state and national media to engage with to promote the trail, coordinated an activation event at Columbus Commons for National Donut Day to promote tourism to the region with central Ohio residents, created a timeline of the execution of the activation event and a detailed list of media and influencers to deliver donuts to further promote the activation event. Inspire also coordinated the delivery of media kits to writers ahead of National Donut Day, including a press release, fact sheet and background information about the region.