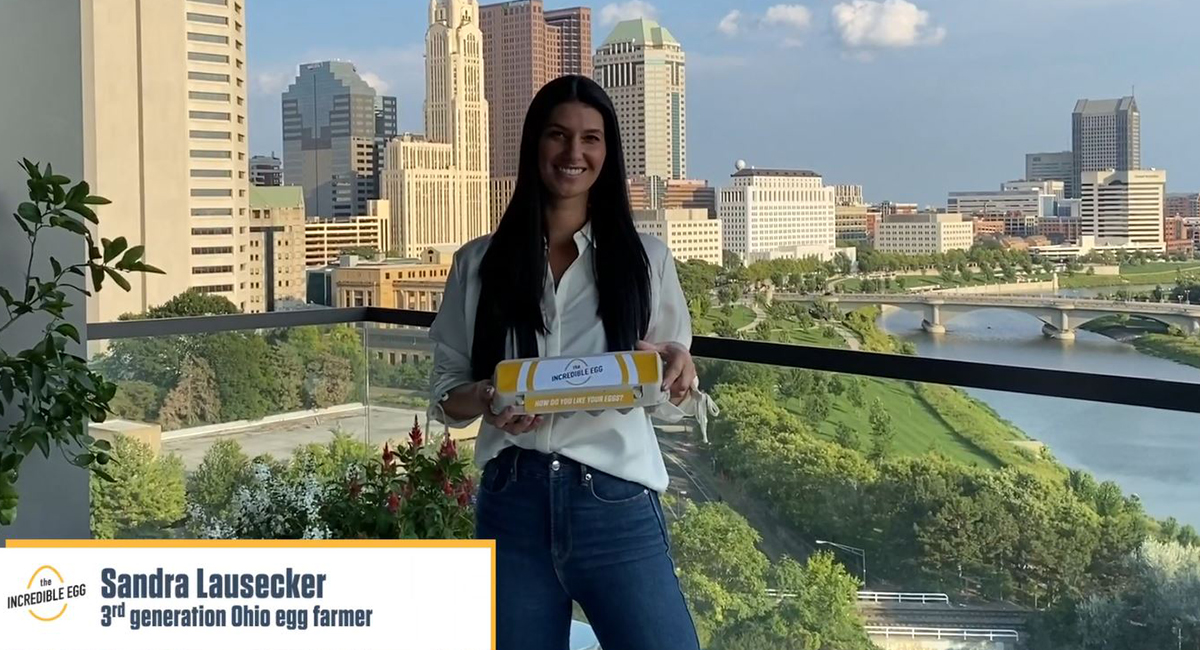 To recognize U.S. egg farmers’ contributions during the annual Hunger Action Month in September, the American Egg Board (AEB), the national marketing organization for America’s egg farmers, worked with Inspire to create an engaging short video with participating egg farmers from across the nation. The Eggs Across America video highlighted the many contributions America’s egg farmers make to their local hunger relief providers as part of AEB’s Hunger Action Month campaign.

The Eggs Across America video was designed for and targeted to reach American consumers and educate them on the outstanding contributions U.S. egg farmers made in 2020. This was accomplished by producing a video that included critical messages, eye-catching animations and a call-to-action for viewers to support their local food bank. The video incorporated clips of real U.S. egg farmers “passing” an AEB-branded egg carton from coast-to-coast – AEB’s own play on the popular “Virtual Pass Challenge,” which was trending on social media at the time of production and shows individuals passing an object between separate video frames.

The finished Eggs Across America video was less than one minute in length and was tailored as specifically scaled versions for Facebook and Instagram. Additionally, the animation was saved as a standalone, 15-second video and still frames of the animation were captured to use on social media.

10,000+
views across social platforms
Prev
Next